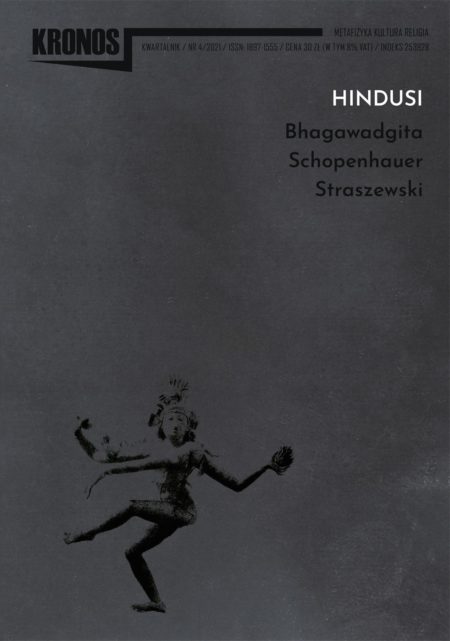 Małgorzata Bogaczyk-Vormayr
EDMUND HUSSERL AND THE (MISSING) RECEPTION OF INDIAN PHILOSOPHY. AN INTRODUCTION TO THE TRANSLATION OF “SOKRATES -BUDDHA”
“Sokrates -Buddha” is a manuscript written by Edmund Husserl on January 21/22, 1926, and entitled as such by Husserl himself. The manuscript is located in the Husserl Archives in Leuven (Convolute B 1 21, p. 79-82, 88-94). Even though it was fi rst published in 2010 in “Husserl Studies”, vol. 26, p. 1-17, the theses of this essay are widely known since 1992, when Karl Schuhmann published his paper Husserl and Indian Thought. In my brief introduction to the polish translation of “Sokrates -Buddha” I refer to Schuhmann’s analysis and present a short selection of the secondary literature. However, I emphasize that the reception of Husserl’s phenomenology in the context of Indian philosophy, which was mainly achieved by Indian philosophers, did not take place on the basis of this one text alone, but of Husserl’s entire philosophical work (including topics such as phenomenological reduction, subjectivity, the transcendental Ego, postulate of renewal). I see two important reasons for Husserl’s interest in Buddhism: on the one hand, his contact with some outstanding German Indologists, such as Hermann Oldenberg, and on the other hand, his intensive elaboration of the problem of renewal in the Kaizo -Articles. A reference to my interpretation can be, among other things, Husserl’s letter to Albert Schweitzer on July 1923.

Jerzy Ziemacki
WILLPOWER DEVELOPED THROUGH YOGA
The main character of the abstract is Wincenty Lutosławski (1863-1954), philosopher, researcher of Plato, presented here also as a pioneer of yoga in Poland. He was the author of the fi rst yoga textbook in Poland, entitled The Development of the Willpower, published in 1909. Lutosławski exchanged letters with William James on the subject of yoga exercises and their health benefi ts. The article’s author, analyzing the biography of the Polish philosopher, presents the roots of Lutosławski’s interest in yoga and the subsequent development of these interests in the years 1893-1923. The researcher uses Lutoslawski’s yoga writings and three editions of his popular textbook. Chapters of The Development of the Willpower are analyzed one after the other in order to familiarize the reader with this once popular work, published for the last time a hundred years ago, in 1923. The article also presents Lutosławski’s general refl ections on Hinduism, the Hindu view of the world, its culture, and its diet.