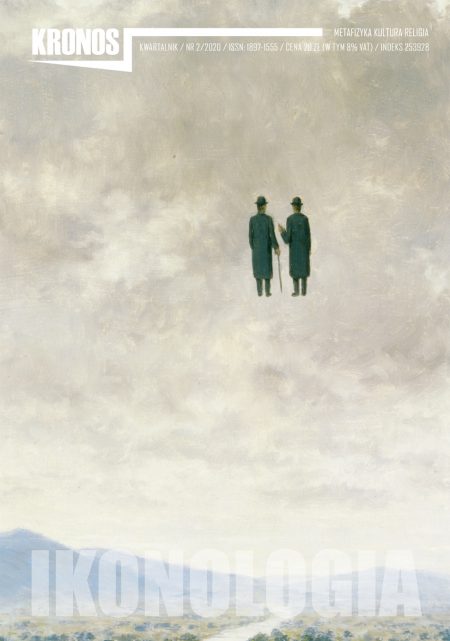 Ryszard Kasperowicz
SOCRATES’ GOBLET. SOME REMARKS ON EDGAR WIND’S THEIOS PHOBOS
Theios Phobos is a momentous, perhaps one of the most momentous, attempts at interpreting Plato’s opposition to political and educational implications of mimetic arts’ effect on humans. In his attempt at demonstrating Plato’s attitude’s vital importance in our time, Wind reaches beyond the claims of “historic sense” and the ensuing, inevitable historistic relativism. Doing so, Wind bypasses the “scholastic” aspect of Plato’s philosophy of art, which is (and was) encapsulated in the notorious statement that art and art objects (or actions) are a reflection of a reflection – a shadow of sensual things, a treacherous presentation of constantly changing appearances. Instead of looking into the ontological status of art objects Wind is more interested in their infl uence on human soul – his actual starting point in this respect is Plato’s eudaimonia.

Robert Pawlik
SANDRO BOTTICELLI BETWEEN EPICUREANISM AND NEOPLATONISM
The reading of Botticelli’s painting according to Marsilio Ficino’s theory of love is also an exposition of the central problem of Wind’s understanding of the Renaissance. The Renaissance is an era of rebirth of pagan mysteries which translate to Christian mysteries and strengthen them. Ficino’s idea of love visualised by Botticelli figuratively shows the soul’s love journey towards God. In pagan apparel it tells of the human strife for transcendence, as a genuine experience of love stirs a longing in the soul to unite with God. Wind emphasized that “the composition and mood of the painting are pervaded by a sense of that invisible world toward which Mercury turns and from which Zephyr enters.”

Filip Doroszewski
EXPLICATING SECRETS: LITERARY MYSTERIES IN THE TIMES OF EDGAR WIND
During Antiquity the semantic field of terms pertaining to the Greek mysteries was always wider than its specialised use in ritual. The word mysteria, apart from referring to the actual cult of mysteries, could also mean a common secret, things that are not easy to learn about. The same is true about the metaphor of mysteries – in many cases it appears in ancient literature in a formulaic, trivialised form, sometimes in a comical context. Yet it would be a mistake to underestimate the ancient tradition of literary mysteries as just a showy manner of speaking, with no substantial content. That such an approach is unfounded is proven in Pagan Mysteries in the Renaissance: Edgar Wind, a mystagogue of our times, lucidly shows that long after the end of Antiquity a worldview informed by mysteries lay at the foundations of great works of Renaissance art.

Rafał Kuczyński
PANOFSKY’S PERSPECTIVE
Erwin Panofsky’s essay Perspective as Symbolic Form has been part of the Western humanities’ canon for some time now. The author, an art historian of academic renown, presents the history of perspective, understood as the technique of creating the illusion of three -dimensional depth in the two -dimensional surface of painting, fi rst developed by Italian artists of the Renaissance. Panofsky’s undertaking, however, goes far beyond the reconstruction of the historical sources of a certain novelty in craftsmanship. Panofsky argues that the invention of perspective is a symbolic turning point in Western history, a moment that separates the Middle Ages from the early modern period. Panofsky insists that this invention in the sphere of mimetic arts is the first step towards the triumph of science in the era of Enlightenment.

Mieszko Wandowicz
TWO STUDIES ON DEATH AND IDENTITY
The first study focuses on repetition and its relationship with death, in particular with μελέτη θανάτου (Plato, Phaedo, 81a). Starting with an assumption justified in Phae drus that it is impossible to recreate the author’s thoughts, the article, even though it does not focus on the history of philosophy, offers an interpretation that should not contradict it. The author points to the repetitiveness of (in) death but also – to death lurking in repetitions: to the tension between life -action -movement and repetitiveness and the resulting freezing. The second study tackles identity and sameness – being the same and also an identical other person – in the light of dying and death. While trying to hold on to philosophy understood as ἄσκησις (which in face of its relationship with death – μελέτη θανάτου – is all the more advisable) the essay ponders whether we may – and, if so, how – speak of a dead person’s identity, e.g. to what extent – if at all – is it different from the identity of a living person.

Cyprian Gawlik
BETWEEN UNIVERSALISM AND NATIONALISM. THE PROBLEM OF THE LANGUAGE OF SPECULATIVE PHILOSOPHY IN HEGEL’S ABSOLUTE IDEALISM
According to a textbook interpretation of modern philosophy, philosophy of language played a minor role at the height of German idealism and its importance only changed in the 20th century when, thanks to the “linguistic turn”, it gained the status of the primary philosophy. And the entire period of the German post -Kantian philosophy of the end of the 18th c. and the first half of the 19th c. is usually presented as insulated from any foreign influence – a chain of successive idealist systems of Fichte, Schelling and Hegel. It is certainly a false picture and both distortions are closely related.