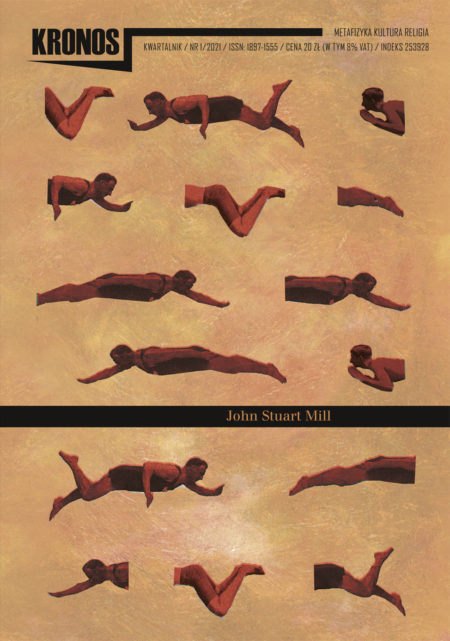 Szymon Wróbel
UTILITARIANISM OR THE PLEASURE PRINCIPLE AS A CONSTRAINT
Utilitarians assume that a rational individual is ready to use all possibilities available in order to maximize his or her benefits. As a result, they arrive at the conclusion that for individuals who care about their interests it would be rational to agree on a “utility standard” as a political rule of calculating the proper course of action in social matters. According to the utilitarian’s belief, the politics of maximizing utility has the chance to offer the greatest benefits to every person separately. It leads to the axiom of political utilitarianism which takes the following form: a social order is just when the key social institutions’ design allows to reach the most advantageous balance of satisfaction understood as the sum of satisfaction of all the members of society.
The question is, however: what is the nature of the “balance of satisfaction” or “the balance of communal pleasures,” and how to measure “the balance of dissatisfaction” of all the members of society? One also needs to ask: what happens when the subject abandons their inner, non-utilitarian dimension called conscience and substitutes it with a balance of gains and losses? Has someone here forgotten that the distribution of goods is also a good in itself? If the distribution and sharing of goods are also a good, and utilitarianism demands from us a maximisation of all goods, then what is the justification for the utilitarian imperative of maximising satisfaction? What is the imperative based on? Asking these questions I want to suggest that the problem is not only the fact that utilitarianism does not treat the differences between individuals seriously, but also that the doctrine lacks a clear justification and criterion for its demand to make the maximisation of satisfaction the governing principle. In this sense utilitarianism is groundless.

Agnieszka Nogal
DEMOS AS THE SUBJECT OF DEMOCRACY ACCORDING TO JOHN STUART MILL
John Stuart Mill is one of the central figures of political philosophy. Today the treatises usually referred to are the ones regarding individual freedom or – a related issue – individualist ethics; the philosopher is often connected with the emancipation of women and with the call for the individual’s self-sovereignty. It is rarely pointed out that, apart from individual self-sovereignty Mill also introduces the right to self-sovereignty for nations. Mill should also be recognised as one of the main theoreticians of today’s form of democracy. In his writings, he formulated arguments for representation, generality and constitutional limitations. All these elements are characteristic of the modern form of democracy that is still with us today. Unfortunately, Mill’s considerations do not offer solutions for the identity problems that contemporary democracies struggle with increasingly often. Yet a reconstruction of Mill’s model allows us to pinpoint the sources of the problems. The philosopher exposes the problematic emotional tenacity that is the condition for the formation of public opinion, as well as the issue of the accidental nature of social-historical identity throughout history, which constitutes every subject of democratic power.
If we juxtapose the classical Greek form of democracy with contemporary democracy, three crucial differences come to the foreground. Classical democracy was direct, elitist, i.e. exercised by only those inhabitants who had the status of citizen; it was based on universal will that the ancients connected with knowledge. Thanks to this juxtaposition we can realise to what extent – despite the notion’s continuity – modern democracy is different. It is based on representation, all adults living in a given territory have civil and political rights, and the will of the majority is constitutionally limited.

Piotr Bartula
MY ANSWER TO THE SURVEY ON JOHN STUART MILL’S RELEVANCE TODAY
I do not know the current citation indices or the statistics on Mill’s influence in the 21st century global world. I believe its less than scant. It is surely different in Russia or China, and different in France, the UK or Germany. Different still in Poland. Well, it is sufficient to compare the pros and cons of sunbathing on a lifeguarded beach vs. a wild beach.
That’s the long and short of it. Mill’s philosophy anyway never had global, utopian ambitions. He was not attracted by the cult of great leaders, charismatics, soothsayers, charlatans. He did not dream of marches in the night, the bugle call, the battle drum, the battles of banners, Dionysian dances around tribal totems. He did not consider the dilemmas of oaths, heroism and betrayal, did not support radicalism or living dangerously. It suffices to read his essay “Of the Limits to the Authority of Society over the Individual” to see how distant the modernity of the last century, the era of the revolt of the masses, was from Mill’s perception of the world. Thomas More named one of the narrators of his Utopia Raphael Hythlodaeus or “kindler of nonsense.” To the mind of a moral utilitarian the crowds applauding the ceaselessly appearing new Raphael Hythlodaeuses of our times remain a mystery. An even greater mystery since quite a few famous philosophers happily joined the club of nonsense peddlers. None of them were, however, members of the Utilitarian Society. The sixty million victims of European Civil war cannot be justified by any calculation of universal happiness but only by the madness of eschatological soldiers fighting for new territories and their Lebensraum.

Bronisław Świderski
WHY MARCEL REICH-RANICKI DID NOT HELP CHRISTIAN SKRZYPOSZEK?
Christian wanted to meticulously “portrait” the Polish language without excluding any of its parts or registers. This as well must have put Reich-Ranicki off from Skrzyposzek’s book. After all the new communist intelligentsia happily perpetuated the pre-war division into “high” and “low” literature. But an excessive aestheticization of reality always provokes protest. Polish literature is rich in the words of an outstanding defender of life’s truth and an enemy of the aestheticization of existence. Tadeusz Borowski, having experienced life in extreme conditions, keeps reminding us: “The Egyptian pyramids, the temples, and Greek statues – what a hideous crime they were! How much blood must have poured on to the Roman roads, the bulwarks, and the city walls. Antiquity – the tremendous concentration camp where the slave was branded on the forehead by his master... There can be no beauty if it is paid for by human injustice, nor truth that passes over injustice in silence, nor moral virtue that condones it” (Auschwitz, Our Home {A Letter}133–4).
Reich-Ranicki was a part of the pre-war cultural elite who created aesthetic norms letting them (through censorship) control language norms and mores: what is correct, and what is not, what is right and what is not, what is beautiful, and what is ugly and vulgar. Christian’s novel questioned the division into the “high” and “low” literary diction. It became an element of the modern duel where the aestheticizing – and increasingly weak – cultural exclusivism struggles with an inclusive understanding of language. Of course, I am referring to the commonly voiced charge that Skrzyposzek’s novel is full of “vulgar language.” Vulgar language? I think that this term does not say much about the language itself, but a lot about the perception of those who use the expression. For their own comfort, negating the fact that language is subject to change, they ban some expressions from the realm of civilized language. Yet, the famous Swedish author August Strindberg loved obscenities. He used them in speech and in writing, believing that “truth is always impudent.” Had it not been for his obscenities, Swedish would be less supple.