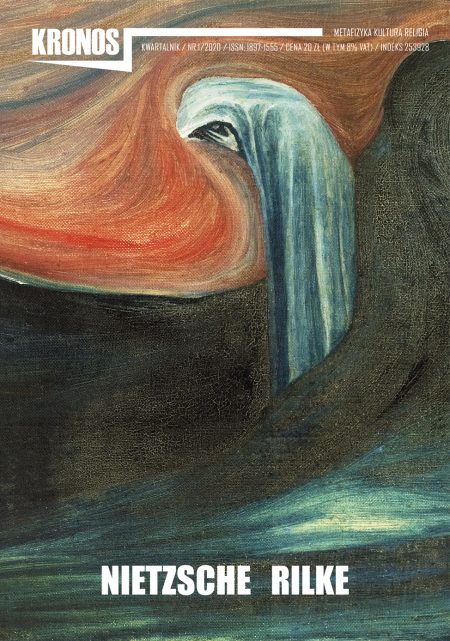 Andrzej Serafin
AN INTRODUCTION TO RILKE’S [TRANSLATION OF] L’AMOUR DE MARIE MADELEINE
How should one understand this love treatise in which Mary Magdalene, “Jesus’ saintly lover,” confesses love to him, burning with desire for him, and in the name of love she is rejected? How did Rilke understand it? After all it is not an abstract meditation on love, or a conventional mystical treatise. This text, so vital for Rilke, takes on a new meaning when we use the poet’s biography as a key to reading the text. Not only does Rilke translate it to German and have it issued at Leipzig’s publishing house Insel; he also gifts it to his loved ones, just like the volume of Louise Labé’s twenty four sonnets and the love letters of Marianna Alcoforado, which he also translated. Thus the text is a part of an elaborate game the poet plays with the objects of his love. Simultaneously it constitutes a catalogue of fi gures of a relationship with an object, of the positions possible for the subject. The personal key seems important as without it the “old French sermon” is nothing but a devotional love story culminating in the paradoxical recognition that the loss of the Beloved is also “a second taking in possession, but an inner one and much more intense.”

Piotr Nowak
“YOU ARE NOT GOD!” W.H. AUDEN ON RAINER MARIA RILKE
When Auden arrived in Berlin in August 1928 on a private scholarship funded by his father, he did not speak a word of German. Nor was he familiar with German literature, and nothing seems to suggest that he had read Rilke. In those days Auden preferred bars to libraries and bookshops, a predilection accurately rendered by the poet’s lover at the time, Christopher Isherwood, in his novel Goodbye to Berlin which later became the basis of Bob Fosse’s “Cabaret” (1972), with the phenomenal Liza Minnelli and Michael York. Yet H.M. Waidson, who has examined the subject meticulously, points to “The Secret Agent” – a poem from January 1928 – as the earliest example of Rilke’s influence on Auden’s poetic craft.

Piotr Nowak
RILKE’S DISCIPLE
Hulewicz proved an indefatigable champion of Rilke’s work. He organized poetry evenings, featuring the most famous Polish actors; he often accompanied the readers on piano. In 1924 Hulewicz finally met Rilke at the poet’s Swiss residence Château de Muzot. Even though they had been writing to each other for three years it was this face -to -face meeting that brought them close, despite a signifi cant age gap (Rilke granted Hulewicz the exclusive right to translate his poems into Polish). Their conversation caused a significant stir in Germany. Rilke confessed to his sense of connection to the German language, while still describing himself as Czech rather than German. In his later letters he also explained to his young friend the reasons why he did not consider himself a Christian, confessional poet.

Paweł Rzewuski
THOMAS AQUINAS: A CONTEMPORARY TRANSLATOR’S PERSPECTIVE
Some philosophico -political treatises become outdated rather quickly. Written with the intention to intervene in a particular political event, they become anachronic. Yet this is not always the case. There are those which, even though they were created on a particular occasion, acquire a universal dimension. Their reception, however, largely depends on the path the translator chooses to follow. A case in point is Thomas Aquinas’ De regno. The treatise was written to help the king of Cyprus in a crisis, yet it has become on of the most important texts on the king’s competences in the European tradition. Even though it is nearly eight centuries old, it remains valid. It seems only legitimate to ask whether a new reading of De regno could be helpful in discussing the condition of democracy in the 21st century and if it could contribute towards understanding the Polish tradition of political philosophy.