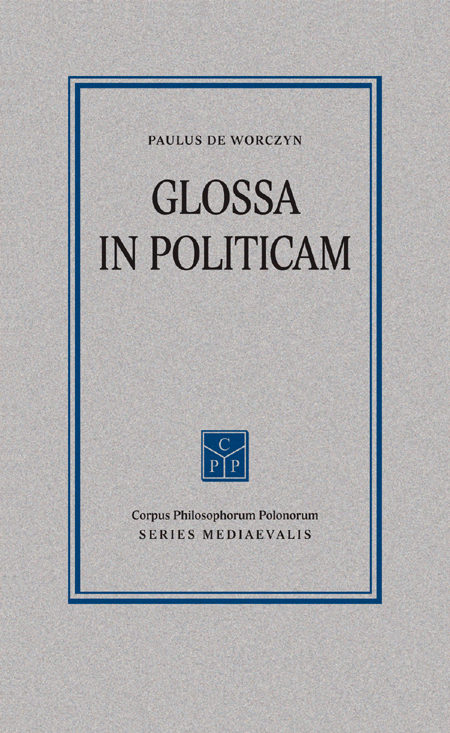 The reception of Aristotle’s Politics belongs to the last phase of the assimilation of peripatetic philosophy in Western Europe. The Politics, together with Rhetoric and Poetics, were placed at the very end of the Corpus Aristotelicum. These works were translated from Greek into Latin only in the second half of the 13th century. Medieval commentaries on Aristotle’s Politics have been studied in detail by eminent scholars such as Martin Grabmann, Charles Lohr and Christoph Flüeler. In Poland, this tradition has been scrutinized by Paweł Czartoryski in his book The Early Reception of Aristotle’s «Politics» at Cracow University. It presents the tradition of teaching peripatetic philosophy in Cracow from the moment of its introduction until the Renaissance, taking into account the broader European context. Also, passages from commentaries discussed in the book are included in an appendix. Therefore, in this introduction to an edition of Paweł of Worczyn’s commentaries on books I and II of Aristotle’s Politics, I mention only the most important of Czartoryski’s findings, referring the reader interested in particulars to this exceptional study. /read more/