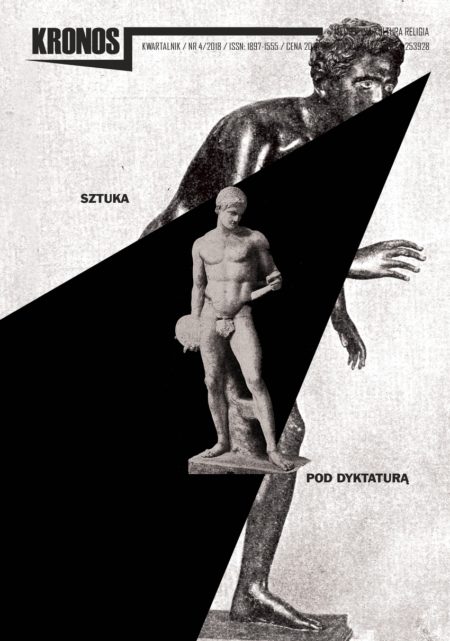 There is a category of very distinctive authors who, although they inspire others, remain „apart” and therefore have no imitators, no pupils; they do not form a „school”. This is the case of Friedrich Gundolf. He was no doubt an innovator who on his own manager to redirect literary criticism in Germany onto new tracks. Never mind that after a while it turned out that these tracks could not be pushed further; that unlike Max Weber, Georg Simmel or Walter Benjamin, Gundolf was not given the chance for an intellectual „second life”. He was the one who once carried out the most arduous tasks: he cleared the fi eld and unconsciously prepared the foundations for the reorientation of post-war German humanities.

Jacek Bartyzel
THE ORGANIC ORDER OF THINGS AND LEGITIMATE MONARCHY IN WILLIAM SHAKESPEARE’S PLAYS
The political ideas expressed in Shakespeare’s works are grounded in the Ptolemaic understanding of the cosmos; in a metaphysics whose key concept is the order of a chain of beings issuing from the Creator (Absolute Being); in the ethics of natural law; and fi nally – in the realistic anthropology and dogmatic theology of orthodox Christianity. They reaffi rm the tradition of classical political philosophy (most importantly English Medieval and Renaissance philosophy) the focus of which is the common good and the search for virtue, and at the same time they stand in opposition to modern trends – Machiavellianism, rationalism and utopianism. Shakespeare is critical of the idea of „popular rule” (he believes that in general the people lack political virtue), and he hold the aristocracy in high regard, but one which is paternalistic and faithful to the sovereign. He does not question the legitimacy of republican rule where it has traditionally existed, but his political idea lis that of national monarchy, based on the rule of law and Christianity.

Piotr Nowak
WALDORFF OR WALLDORF?
Anyone accused of being a fascist in the late 1940s would have to struggle with the label for the next fi fty years or more. As late as the last decade of the XX the century various shady characters tried to shatter the life and work of Waldorff with club of mindless anti-fascism. Waldorff’s case is defi nitely not one of Dr. Jekyll and Mr. Hyde, as the title of the essay might suggest. It was not Walldorf who in the 1930s was demonic; it was the situation, which as a very a young man he tried to describe, that was demonic. When in 1934 György Lukács wrote from Moscow that Nietzsche was a fascist, he was serving a totalitarian system. There is no doubt about that. Just as there is no doubt that Nietzsche was no fascist. The same applies to Walldorf. Although he wrote respectfully about fascist cultural politics, he himself was not a fascist. His book is far from being a panegyric on fascism. Whoever claims differently should better read the national-socialist poet Gottfried Benn’s panegyric on Marinetti, a fascist and a futurist.

Jakub Wolak
A PROPHET AMONG THE RUINS
Joseph Roth’s Job (1930) tells the story of shtetl Jews from Volhynia and their journey to America during World War I. The novel focuses on two fundamental relations: that of the father and son, and that of the believer and God. Roth presents the dynamics of these relations on the background of the contrast between the Old and the New World. He uses the theme of the migration of shtetl Jews to metonymically refl ect the processes of modernization which gradually, throughout centuries, transformed human life. The tragedies experienced by the main protagonists are caused by the necessity of a rapid assimilation, while the rebellion against God and the radical self -negation (a thorough refashioning of one’s existential priorities) result from the waning of traditional modes of life and from the recognition of the contingency of one’s existence.