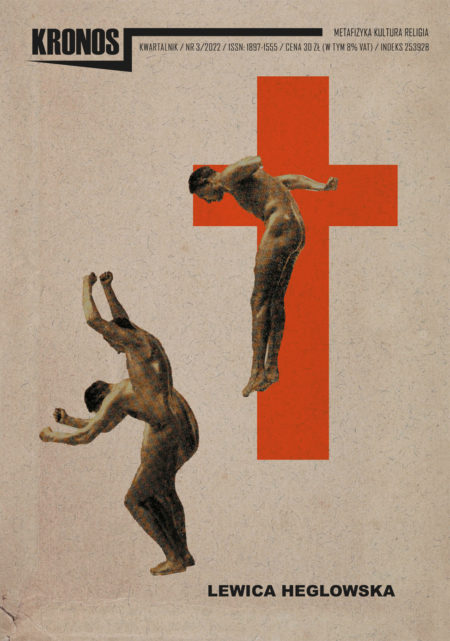 Hegel’s attitude to religion was and remains the subject of various, mutually divergent interpretations. Some considered Hegel a theist, others a pantheist or panentheist, others – like the author of The Trumpet of the Last Judgement – an atheist. Moreover, it was not clear to everyone whether Hegel was actually a philosopher or rather a theologian, which was related to the question of the relation of the Hegelian Absolute to God.
The key to understanding Hegel in this respect is his interpretation of the relation between philosophy and religion. Even though the history of philosophy shows that philosophy rejected religion multiple times, in the end – in antiquity with the late Neoplatonists, and in modern times in the philosophy of Hegel himself – it reconciled with religion. Hegel understood this reconciliation as a dialectical abolition of religion taking place in philosophy, i.e. its rejection and preservation at the same time, namely the rejection of the form associated with imagination, feeling and belief, and the preservation of the content, which, however, involved the transformation of this content into a philosophical concept.

Szymon Wróbel
PSYCHOANALYSIS WITHOUT THE IMPULSE OF TOTALIZATION. ADORNO TOWARDS EXAGGERATION, FATE AND COMPULSIVE SUBJECTIVITY
This text was born out of the need to rethink the claims of psychoanalysis to describe and explain socio-political phenomena in their totality. Actually, it was born out of the need to test the applicability of psychoanalytic schemas in order to better understand political life in dimensions such as commodity fetishism and money, community and society, but also those concerning the sources of power, and thus in questions of authoritarianism, populism or fascism, and finally in questions concerning the broader issue of sexuality linked to the so-called repression hypothesis.
I acknowledge that the resistance to psychoanalysis is well documented. Sigmund Freud was already aware of this resistance, and Jacques Derrida has also thought it through. Today, however, I ask, not so much to contradict these diagnoses, but in order to complement them, whether psychoanalysis itself is safe against the temptation of totalization, i.e. against its tendency to become the first science? Is psychoanalysis aware that it is in danger of being transformed from a local and critical knowledge into a general science – a geometry of human affects, a topology of drives? In this text, I will defend the claim that psychoanalysis is most successful when it neutralises generalisations and refuses to totalise its cognitive claims, remaining faithful to the detail, the fragment, the historical moment or the case study.

Konrad Wyszkowski
BACK TO TRENTOWSKI!
In the paper I introduce three concepts: philosophical topoi, Classical Polish Philosophy and contraposition of immanent god and transcendent God. By the philosophical topos I mean a philosopher or philosophers whose intellectual work is used in a tradition to create its own terminology, topics, methods, axioms etc. The second introduced concept, of Classical Polish Philosophy, serves as the name for the topos for Polish philosophical tradition (it is the name mainly for the works of Cieszkowski, Libelt and Trentowski). Inspired by Classical Polish Philosophy and especially Trentowski, I set a contraposition of immanent god and transcendent God. The contraposition makes it possible to indicate a theory which I elaborate in my doctoral thesis, i. e., that there is a tension between the freedom of will and absolute logical and ethical value of acts and facts, and this tension could be sublated by enclosing the freedom in the framework of the “mysterious sovereign,” the immanent counterpart of transcendent God.

Jakub Wolak
SOURCE CRITIQUE AGAINST THE CRITICISM OF CRITIQUE. KARL MARX AND HIS PROFESSOR OF BIBLICAL THEOLOGY
Conducting a thorough critique of the sources and a comparative doxographic analysis, Zvi Rosen uncovers the real extent of Bauer’s influence on Marx. Thanks to the Tel Aviv scholar’s diligence, we learn how Marx – a titan struggling with gods – driven by a presumably unconscious jealousy for the recognition by posterity, a desire to receive offerings as a future object of secular veneration – a fetishised Saint Charles – denied his professor and protector, who has been, as a result, consequently overlooked by generations of historians of philosophy. Rosen’s meticulous research work thus contributes to bringing Bauer’s figure out of the oblivion to which his student and collaborator had condemned him; a similar, albeit more modest, effort is, after all, also required for Rosen himself. Born in Poland, where was educated during the post-war period, for a short time Rosen was part of one of the most important circles in twentieth-century Polish humanities, which after his departure for Israel came to be known as the Warsaw School of the History of Ideas. Although he himself did not break his ties with Poland – he visited Warsaw at least twice to give lectures, in one of which he emphasised the similarities between the messianisms of Jews and Poles – in the growing number of publications discussing the fate of the Warsaw historians of ideas there is no mention of him; his name is also absent from Polski Słownik Biograficzny [the Polish Biographical Dictionary]. Granted, his most important works were written in Tel Aviv, in English, German or Hebrew, still, because of his formation he is part of the history of Polish science, which still owes a debt of remembrance to his work and life.