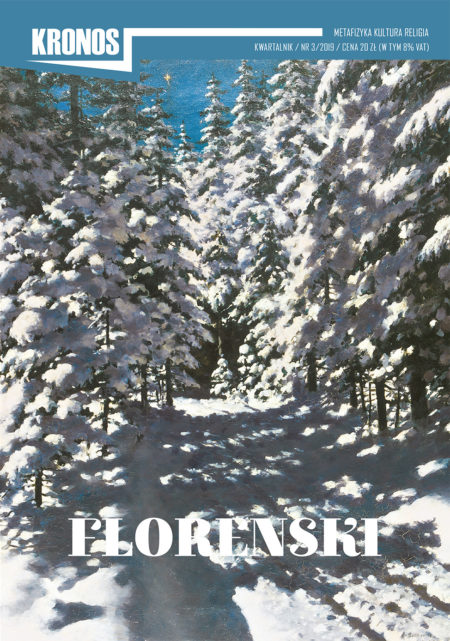 Rafał Kuczyński
THE PERSPECTIVE OF CHOICE. ERWIN PANOFSKY, PAVEL FLORENSKY
In his canonical essay Perspective as Symbolic Form (1927) the German art historian Erwin Panofsky argues that the perspectival worldview as understood today is only one of many ways of perceiving reality and is linked to the symbolic interpretation of the Renaissance painterly technique called linear perspective. Panofsky’s theory set the trajectory for further debate on the problem of multiplicity of perspectives, its main opponents being those who believed perspective to have a universal character. Meanwhile in the East an alternative approach to symbolic reading of perspective was being formulated: its expression is Reverse Perspective (1920) by Pavel Florensky, a Russian Orthodox priest and thinker. His original /insight – inspired by the analysis of perspectival techniques in Eastern Orthodox Christian icon, offers different – indeed contrary to Panofsky’s – conclusions, even though both authors start with a significant number of surprisingly similar assumptions. For many decades Western readers were not familiar with Florensky’s writings. It is not surprising as his thought was being suppressed and censored: after Florensky was murdered (1937) by the Bolsheviks, the forward thinking Soviet regime made sure that his philosophy, imbued with the spirit of Christianity, did not reach a wide audience. As a result, Reverse Perspective could only be published in the USSR in the second half of the 20th c., and it reached Western readers at the very end of the last century.

Paulina Sury
A GLIMPSE AT THE HISTORY OF SHAKESPEARE’S RECEPTION IN RUSSIA
In The Winter’s Tale, one of his last works, William Shakespeare compared the Russian Empire to a “bear from the North.” It is one of few places where Shakespeare mentions the country about which he probably knew little. Russians, in turn, knew nothing at all about Shakespeare. A lot of time needed to pass before Shakespeare’s plays started to interest, fascinate, but also repulse Russian authors, critics and thinkers. The gradual process of introducing the playwright’s work onto Russian stages started as late as the 18th c. Nikolay Zacharov, a contemporary Russian Shakespeare scholar, sees the reason for the English playwright’s late reception in the Romanov empire in the country’s closing itself in the circle of its own tradition. The lay literature in the times of Ivan the Terrible, despite all its qualities, could not compare with Western writing and “was not ready to accept Shakespeare’s lesson.” It was only Peter the Great’s policy that enabled a free influx of European art and culture to the country, a broadening of cultural horizons and exploring non -Russian points of view. A real fascination with Shakespeare, however, was to come later. It was started by the Decembrists in the beginning of the 19th century. Rejecting traditional approach to literature, longing for freedom in the art of the word, treating literature as a weapon, the Decembrists could not help but view Shakespeare as an epitome of artistic freedom.

Leszek Augustyn
ON A TOO CONSISTENT APOLOGY OF THE GOOD (LEV SHESTOV AND LEO TOLSTOY)
When we think, we judge thoughts: our own and others’. It is also crucial what implicit and explicit criteria we adopt to remain true to ourselves. Lev Shestov started his philosophical thinking with a judgement – for this seems the right word – of the work by the most outstanding writers of the past and present, devoting a lot of attention to two great Russians: Fyodor Dostoevsky and Leo Tolstoy. If one assumes that many intuitions expressed in ingenious literary works contain a body of philosophical knowledge par excellence, then one has to learn reading these works philosophically. This is how Shestov treated literary works: by painstakingly tracing their “underground” ideas, ideas that not only question common sense but also topple the eternal truths of reason, or at least exhort us to do so. Therefore, they will not let us enjoy either the sleep of reason or the sleep of the just. In his early writings, alongside Russian authors, he also finds place for the evidence of the man who made use of his experience – of himself and the world – to forge the coming “new” philosophy as on the border of philosophy and literature there appeared a new German thinker: Friedrich Nietzsche. The Russian philosopher devoted an entire book to his experience of Tolstoy and Nietzsche: The Good in the Teachings of Tolstoy and Nietzsche: Philosophy and Preaching (1900). A book length study was also written on Dostoevsky.