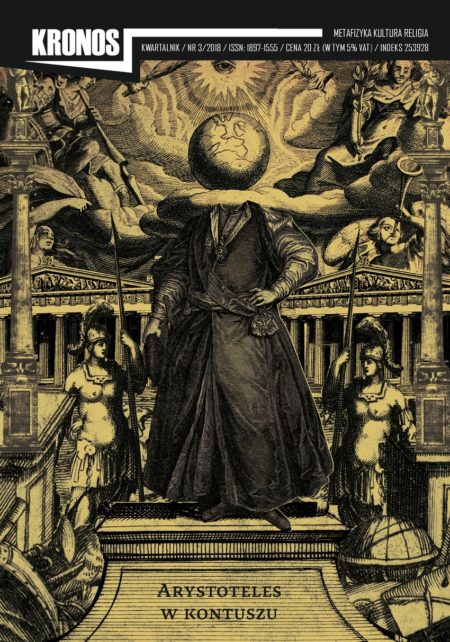 Marian Skrzypek
THE REPNIN SEJM (1767–1768) AND THE BEGINNING OF THE BAR CONFEDERATION
Many misunderstandings surround the history of the Bar Confederation. Its fiasco was the reason why it was blamed for all subsequent national calamities, including the first partition of Poland. It has been forgotten, however, that the Bar Confederation was a reaction to the Repnin Sejm of 1767–68. Submitting to the wishes of Catherine the Great, this sejm passed The Perpetual Treaty which upheld the traditional liberties of the Commonwealth of Poland – liberties which were the precise cause of its political ruin: free elections (of individual kings, rather than of dynasties, to the Polish throne) and the rule of liberum veto. The Bar Confederation was a direct reaction to The Perpetual Treaty.

Marian Skrzypek
JÓZEF WYBICKI – BAR CONFEDERATE AND ROUSSEAUIST
Józef Wybicki delivered his famous speech of February 27th, 1768, in which he denounced the Russian ambassador Repnin, two days before the Bar Confederation was formed. Wybicki soon joined the confederates. Thirty years later, after the final partition of Poland, he wrote about these events trying to objectively asses the motives and objectives of the Bar rebels. He points to the contradictions which were tearing apart Polish society at the time and which also characterized the Bar Confederation. Wybicki's memoir is noteworthy for its objectivism: he takes into account and analyzes the points of view of both sides of the conflict, diametrically different but inspired by a common goal – to defend Poland's independence.

Marian Skrzypek
THE CASE OF BISHOP KAJETAN SOŁTYK
The essay examines the life and works of the controversial bishop of Cracow, Kajetan Sołtyk. His opposition to the actions of Russian ambassador Nicholas Repnin, who during the sejm of 1767–68 bribed and coerced deputies in order to push legislation favorable to Russia, led to his abduction and imprisonment in Kaluga. Upon his release in 1781 he became a vocal critic of King Stanisław August Poniatowski. In retaliation, his political enemies tried to have him declared insane. The case of bishop Sołtyk greatly preoccupied the sejm of 1782.

Marian Skrzypek
THE CONVERSION OF ARCHBISHOP GABRIEL PODOSKI
The essay discusses the circumstances in which Gabriel Podoski became the Primate of Poland in 1767. After the death of Archbishop Władysław Lubieński on June 21st, 1767, King Stanisław August Poniatowski wanted to elevate his own brother Michał to the see. However, he yielded under the pressure of the Russian Minister of Foreign Affairs, Panin, and ambassador Repnin, who wanted to promote Podoski. What is more, Russia also blackmailed the Vatican into accepting Podoski as the new Archbishop, namely – it was suggested that Poland might choose to break with Rome and establish a national church.

Marian Skrzypek
ROUSSEAU THE DEMOCRAT AND WIELHORSKI THE SARMATIAN: A DIALOGUE BETWEEN TWO REPUBLICANS
Common assessments of the Bar Confederation simplistically argue that it was a conservative and reactionary movement, that it rejected Enlightenment reform and wanted to return to the anarchy and fanaticism of the Saxon period. However, those who hold such a view usually forget that the intellectual leaders of the confederates, such as Bishop Adam Krasiński and his emissary to Paris Michał Wielhorski, were seeking the advice of French philosophers in order to devise a new model for the functioning of the Commonwelth. Wielhorski managed to interest Mably and Rousseau in the matter and both philosophers would subsequently put their suggestions about political reform in Poland into writing.

Marian Skrzypek
ROUSSEAU, MICKIEWICZ AND THE CULT OF THE BAR CONFEDERATION
Religion is that area of philosophical and political thought which is not usually associated with Rousseau’s and Wielhorski’s programmes for the political reform of the Polish Commonwealth. Wielhorski served as the Bar Confederation’s ambassador to Paris where he cooperated with Rousseau when the latter was writing his Considerations on the Government of Poland. However, in the various materials which he prepared for the French philosopher Wielhorski does not discuss religion at great length; he limits himself to remarks on the way the institution of the church in Poland should be reorganized. He believed that the church should participate in state expenses, a position which he shared with the French Gallicans and Jansenists.

Marek Blaszke
MABLY'S PROGRAMME OF POLITICAL REFORM IN POLAND
The article discusses Mably's work Du gouvernement et de lois de la Pologne. Although it was published in 1781, it was mostly written during the time of the Bar Confederation (1768–72) in response to the solicitations of Adam Wielhorski who was the confederates' emissary to Paris and was trying to garner the support of the French government for the movement. Wielhorski, who had his own ideas for political reform in Poland, wrote the treatise Considérations sur le gouvernement de Pologne et sur sa réformation projetée which he presented to Mably. Wielhorski's work was also read by Rousseau and significantly influenced his Considérations sur le gouvernement de Pologne.

Piotr Skowroński
NEITHER HONOR, NOR SHIELD. REPUDIATING THE BAR CONFEDERATION
Russia determined the fate of Poland already in 1770; the sentence was carried out in the summer of 1772. King Stanisław August Poniatowski's letters to European monarchs calling on them to come to Poland's aid were to avail. The annexing powers compelled the newly summoned sejm to legalize the takeover of Polish territory. The leaders of the Bar Confederation had to decide whether to continue their work as émigrés, or to adapt to the new political situation in which the rules were laid down by the Russian ambassador in Warsaw, Otto Magnus von Stackelberg.

Andrzej Wawrzynowicz
THE MESSIANIC REVITALIZATION OF THE IDEOLOGY OF THE BAR CONFEDERATION. THE CASE OF MOCHNACKI
During the last years of the reign of Stanisław August Poniatowski, the last years of Poland's independence, the enlightenment elites spoke critically of the Bar Confederation. A couple of decades later, however, the movement would be reassessed by Polish émigré writers. The events of 1767–68, the ideas of the "Bar knights" – as they started to be called – and their lonely struggle in defense of "faith and freedom" are extolled by major Polish poets and thinkers of the Romantic period.

Damian Włodzimierz Makuch
THE SEMBLANCE OF REASON. ELEONORA ZIEMIĘCKA AND THE DICHOTOMIES OF MODERN THOUGHT
The essay portrays the figure of Eleonora Ziemięcka, the first Polish woman philosopher who died in Warsaw in 1869 at the age of fifty. She is mostly remembered as the author of the book Zarys filozofii katolickiej [An Outline of Catholic Philosophy] and her thought is usually reduced to the question of reconciling faith and reason. However, a far more complex thinker emerges from Ziemięcka's other books, scores of articles and commentaries to translations made by her.