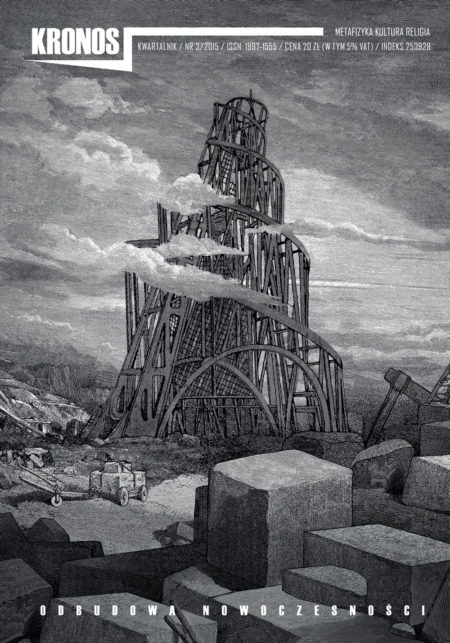 “Atlas of Modernity” is an exhibition based on the collection of the Muzeum Sztuki in Łódź which attempts to reconfi gure the basic beliefs about modernity and thus to enable the viewer to come in touch with its vital energies. The exhibition’s point of departure is Marshall Berman’s claim that we live in “a modern age that has lost touch with the roots of its own modernity.” That is why it is necessary to examine the type of experience which defi nes modernity and to fi nd a way of using its potential for regenerating contemporary thought. The exhibition highlights the dialectical variety of the phenomena which constitute modernity, the awareness of which is crucial for a deeper and more critical perception of reality. The critical gaze is seen as the ultimate condition of emancipation which remains modernity’s uncompleted project. In his essay, Jarosław Suchan discusses the ideological contexts of the “Atlas” – understood as a tool of emancipation – and explains its structure which is based on the ideas of Aby Warburg.

Piotr Graczyk
NICK LAND AND THE DELEUZIAN HYPER-RIGHT
Piotr Graczyk argues in his essay that the basic politico-philosophical division of today (or of the not too distant future) runs along the following lines: on the one hand, we have a pro-capitalist, progress-oriented, anti-religious and anti-humanistic right, and on the other – a conservative (or nostalgic), religious (i.e. invoking the notion of faith as paradox) and anthropocentric left.

Barbara Markowska
ART AS A BATTLEFIELD
In her essay, Barbara Markowska – taking her cue from Adorno’s Aesthetic Theory – points to a basic characteristic of modernist art, namely – the openness of form which results from the impulse to distance oneself from the world. Art is born out of this distance and can be seen as a battle (both political and metaphysical) for the autonomy of the artistic gesture (Baudelaire / Kafka). Markowska recapitulates the discussion about the relation between modernity and the Enlightenment (Adorno / Habermas), and points to the peculiar dialectics of modernism which ultimately “equates” art with life (Rancière). Art as a battlefi eld is also characterized by a confl ict between looking out towards to that which is new and actualizing things past which determine our perception of the “here and now.”

Daniel Muzyczuk
THE TORPEDO AND ITS TAIL
The article is based on an assumption that the exhibition of the collection of the Muzeum Sztuki in Łódź entitled “Atlas of Modernity” is based on mnemotechnological principles. It focuses on the grammar of the show in relation to “the method of loci” as described by Frances A. Yates and to Aby Warburg’s Mnemosyne Atlas as two examples of procedures that involve synchronicity and spatial imagination into the critical or pedagogical layout of historical material. Bernard Stiegler’s usage of third retention as well as Paolo Virno’s idea of formal anachronism are examples of modern and contemporary attitudes toward memory and mnemotechnologies as instrumental elements of understanding history. The “Atlas of Modernity” from this perspective becomes a critical tool that through the usage of montage and constellations recreates formal anachronisms as collective memory.