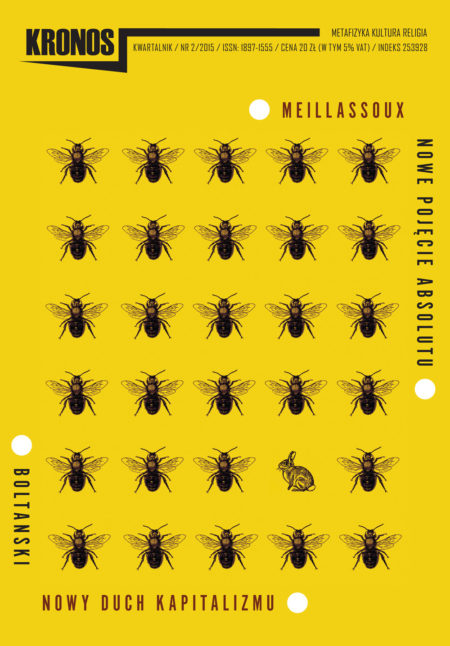 In Le nouvel esprit du capitalisme Luc Boltanski presented a unique account of the history of capitalism as a process driven by critique. Capitalism is an ingenuous system that “recuperates” or internalizes values created by its opponents. Each cycle of recuperation in its later stages leads to temporary inhibition of critical forces. For Boltanski, this is the situation we are facing today. The critique of the late 1960s has become the ideological foundation of the “rhizomatic” and culture -based late -capitalist economy. Despite signs of revival in the social register, voices of anti-capitalist critique are currently in a state of disarray. Contrary to Boltanski, but using his theoretical tools, the author takes this not as a possible beginning of another “spirit” within the capitalist logic but rather as a sign of a novel form of resistance to the system. We are currently in the course of recuperating the process of recuperation itself. What lies at the foundation of today’s growing anxiety is the dawning realization of the true metaphysical meaning of the bad infinity of capitalist accumulation.

Krzysztof Tyszka -Drozdowski
THE MERRY MONTH OF MAY
In recent years, capitalism has experienced a crisis whose far -reaching consequences are difficult to predict. Perhaps the system will regain its stability and will function as before, but it is equally possible that it will be supplanted by something new. One thing is certain – we live in times of crisis. In Ancient Greece, the notion of “crisis” was one of the most important elements of political thought. It pointed not only to division – to a moment when reality is split into two – but also to the necessity of making a crucial decision which will direct things one way or the other. Before making that decision, however, it is important that we adequately understand the form of economical life which is to be rejected. Luc Boltanski’s The New Spirit of Capitalism is a book without which – as the author argues – we cannot properly grasp the gravity of the challenge which we are currently facing.

Piotr Skalski
AN OUTLINE OF THE THEORY OF SUBTRACTION
Piotr Skalski’s essay is an introduction to a proposed comprehensive study of Alain Badiou’s speculative philosophy. The author draws out a map of Badiou’s thought and argues that it is necessary to define the basic conceptual scheme of this philosophy in order to adequately understand the philosophical situation which Badiou is addressing. This can be done by highlighting the idea of speculation understood as non -metaphysical dialectics. In the process, it will also become clear in what directions Badiou’s thought can be developed by those who wish to do so.

Michał Otorowski
IN SEARCH OF THE FOUNDING MYTH. PALEMON AND THE PALEMONIDS IN ADAM JERZY CZARTORYSKI’S THE HISTORY OF LITHUANIA
It is uncertain why Prince Adam Czartoryski decided to devote himself to the arduous task of writing a book about the history of Lithuania. Since its very inception, the legend of the Palemonids concealed a strong political subtext. Modeled along the lines of similar medieval legends, it was meant to justify the imperial ambitions of the Grand Duchy of Lithuania which suddenly and unexpectedly join the ranks of the most important European powers. Later, during the times of the Polish -Lithuanian Commonwealth, the legend was invoked in the ceaseless quarrels over privileges between Polish and Lithuanian nobility. By the beginning of the 19th century, however, it has lost its significance and credibility. In his essay, Michał Otorowski offers an explanation of Czartoryski’s attempt to revivify the legend.