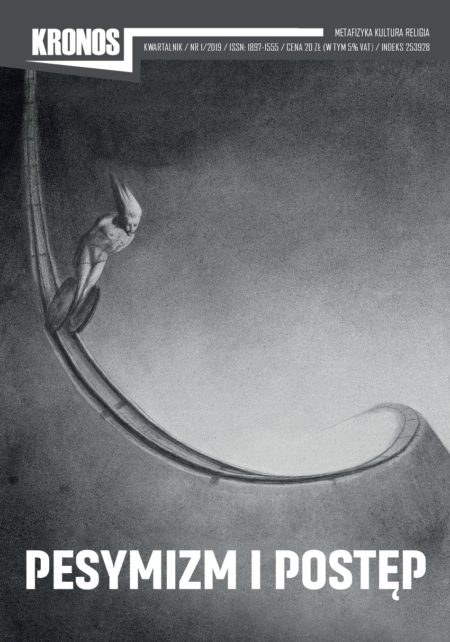 Katarzyna Dworakowska
EPICURUS IN THE WORK OF NIETZSCHE AND FOUCAULT: A TEACHER OF THE ART OF LIVING OR A DECADENT?
The picture of Epicurus that emerges from Nietzsche’s writings (from Human, All Too Human onwards) is radically different from the way Foucault presents the Greek philosopher in his lectures entitled Hermeneutics of the Subject, given in 1982 at the Collège de France. The difference is also visible in Nietzsche’s and Foucault’s attitude to the ancient Greeks – the former admired them as “the best turned out, most beautiful, most envied type of humanity to date, those most apt to seduce us to life,” the former called them one big misunderstanding. The separate views, however, do have something in common: both philosophers underscore the anti -Platonic character of Epicurus’ thought: in Foucault’s writings it is manifested as the opposition of paideia -physiologia in his narrative of the art of living, whereas in Nietzsche’s case it is also entangled in his criticism of Christianity. But whereas for the French philosopher Epicurus was only one of many representatives of the ancient ethics of caring for self (and not much more than a footnote for Foucault), the relation between Nietzsche and the ancient Greek thinker is much more dynamic – it is not free from identifications, and it is severed abruptly the moment Dionysus and the genealogy of power enter Nietzsche’s work.

Jan Tokarski
THE TEMPTATION OF HANS CASTORP
Why should we go back to Mann’s magic mountain today? Do we not live in completely different times, in the shadow of completely different challenges? Not at all. The struggle for Hans Castorp’s soul – in a different shape, but not without striking similarities – is happening here and now. The descendants of Naphta and Settembrini are also fighting their battles for the souls of young people. Their slogans and the arguments used to support them are almost identical to those formulated by both “masters” from the Berghof sanatorium. Moreover, we also live in noisy, tumultuous times. The clang of armies locked in battle in a holy war is effectively drowned by the mass media white noise and by the simultaneously hypnotic and mind -numbing mysteries of today’s Peeperkorns. The clash of two systems of value, two ways of thinking, is easily overlooked in the excess of meticulously planned and constantly served meaningless information. I am saying it has been “planned” because it has been crafted in such a way that one can neither hear what is being said (and by whom) nor does it matter. What counts are only gestures, facial expressions, circus tricks. It does not bode well for the future.

Adam Królikowski
ANDRZEJ BAŃKOWSKI (1931–2014) – A MEMORY
Professor Andrzej Bańkowski used to say that he had a personality that is, on the one hand, satirically inclined and, on the other, hard and perseverant, made even more so by his numerous cross -country hikes so demanding that today they would be called extreme sports. His strong will also proved decisive in undertaking this enormous endeavour – the great etymological dictionary – that otherwise seems a task beyond the capacities of one person. Hence, the Professor’s two maxims he lived by: the first one – “I’m not here for myself” – says that he did not know the personal sphere. He never did anything out of self -interest, nor did he care about proving his genius: therefore, he never talked about his life and achievements, even on the occasion of anniversaries. His other maxim, “Obsto ergo sum,” clearly shows that not only in his research, but also in life in general, he would always chose to defy evil, including the shortcomings and mistakes in research, duplicity and hypocrisy, stupidity and ignorance as well as the negative traits that have been associated with Poles for centuries, like the still accepted money -grubbing, all kinds of stalling tactics, wheeling and dealing, old boy networks, nepotism and the accompanying romanticising attitude: a lack of clear vision when it comes to the common good and the country’s well -being. Therefore, professor Bańkowski is best remembered as a contrarian, even though – a trait he kept emphasising – deep down he was a dreamer and a spiritual man.

Daria Chibner
ON THE PRINCIPLES GOVERNING FULLNESS WITHOUT METAPHYSICS
Warsaw Positivism perfectly fits the formula of a period of transition. The worldview upheaval that shook the press in those days shows a period when old ideas were becoming exhausted but the right means of expressing the new ones had not been found yet. Bold ideas were often underdeveloped and some concepts only exerted significant influence much later, after having been reshaped by the followers of their originators. Julian Ochorowicz, commonly considered the movement’s founder, is rarely counted among the most outstanding minds of the second half of the 19th century. A controversial figure, at first influential to be eventually forgotten, Ochorowicz is often cited as a representative of a scientistic approach to philosophy. His work O zasadniczych sprzecznościach, na których wspiera się cała nasza wiedza o wszechświecie [On fundamental contradictions our knowledge of the universe is based on], delivered in 1873 as a lecture and published in 1874 is situated in-between the two most important works of the thinker’s early period – Wstęp i pogląd ogólny na filozofię pozytywną [An introduction to positive philosophy, with an overview] from 1872 and Z dziennika psychologa. Wrażenia, uwagi i spostrzeżenia w ciągu dziesięciu lat spisane [From a psychologist’s diary. Impressions, remarks and observations written down over ten years] published in 1876. At the time he was already significantly recognisable but his most successful period was still to come. A cursory reading of the article seems to confirm the popular beliefs about the nature of the Warsaw Positivism’s initiator’s work. We are presented with a short overview of the shortcomings of contemporary science, an encouragement to be moderate and exact in one’s research, an apotheosis of particular sciences and a criticism of metaphysical reasoning. Yet this scientistic façade hides an extraordinary project of intensifying the progress of human spirit, which was to lead the world to a fullness that would not leave space for neither existential uncertainty nor a cognitive void. After we abandon our attempts at defining the essence of things and stop our search for the hidden structure of reality all the blanks will be filled in thanks to a modification of the status quo within the framework of human creative activity. For Julian Ochorowicz metaphysics was only an indirect enemy since controlling every phenomenon in the world was only an attempt at exploring and knowing the terra incognita of science. This aim can only be reached by small steps and the fi rst step is, paradoxically, epistemological restraint.