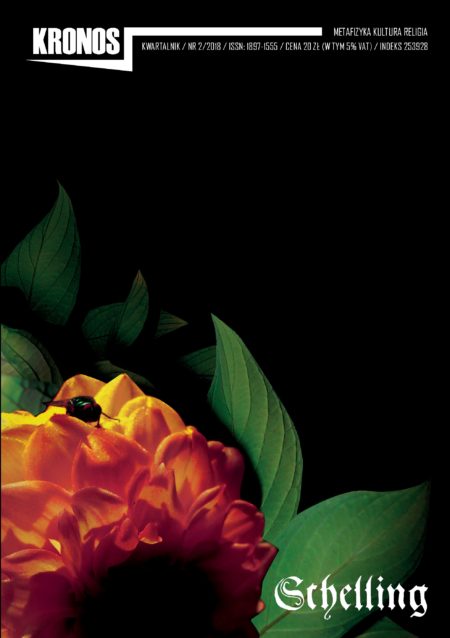 Cyprian Gawlik
WHY DOESN'T HEGEL SPEAK ABOUT THE FUTURE?
Hegel's decision to exclude the future from the domain of philosophical speculation seems a direct proof of the weakness of his "absolute" method. When considered from the perspective of the famous doctrine of the end of history, Hegel's approach to the future suggests that behind the imposing facade of the system there stands a rickety house of cards which can tumble whenever actual history starts moving forward. Similarly, "absolute knowledge" – which according to Hegel is the fulfillment of history's ultimate aim, freedom – looks more like a sloth-inducing genie than a true absolute, since with the arrival of such knowledge the possibility of any newness is forever excluded.

Konrad Wyszkowski
THE MYSTERIOUS SOVEREIGN OF NOTHINGNESS AND IDENTITY. CONCERNING THE IMPORTANCE OF THE CONCEPT OF THE WILL FOR THE STATE, LAW ETC.
The essay investigates the intricate interweaving of three concepts: the state, law and the will, as well as the problem of the future development of the dominant social, economic and political order. This problem can be approached in many ways, but in each case the model of the liberal state will play an important role. It is a model which can be treated more or less abstractly. For those who espouse Platonic dialectics, its most convincing expression may be found in the first part of Karl Popper's The Open Society and Its Enemies. Hegelian dialecticians, on the other hand, will point to Benedetto Croce's History of Europe in the 19th Century.

Krzysztof Rutkowski
MYSTERIUM. A TALE OF THE END OF TIME ACCORDING TO GIORGIO AGAMBEN
Mysterium iniquitatis is an unpublished speech by Giorgio Agamben which he gave at Freiburg on November 13, 2012 when receiving a honoris causa doctorate degree in theology. The Mystery of the Church is a separate but similar essay. In both of them Agamben discusses the messianic concept of the end of time. Krzysztof Rutkowski's text is an extensive presentation/translation of the two texts, previously unavailable to the Polish reader, and a polemic with the Italian philosopher.

Michał Otorowski
DAY XXXVII: THE WAVERINGS OF A NATURALIS
It often happens that quite inexplicable things are treated as if they were well understood. The geometer who accosts the silent theologian in Jan Potocki's Manuscript is presented as a naturalist, but in the 1810 version of the novel the same geometer is a historian. The vision of ancient history which he presents there is strongly naturalistic. At the same time, it seems unconnected with geometry, although it was precisely in 1810 that Potocki put forward his new method of studying ancient chronology which more geometrico was to raise to the status of science. What is even more interesting, before publishing The Principle of Chronology Potocki was a historian and could even have thought of himself as a geometer, although he most decisively was not yet a geometer-historian. He would become one later, however, as the author of this groundbreaking work.

Paweł Rzewuski
THE PHILOSOPHY OF DEMIURGISM
The demiurgists were a group of young people in the 1920s who formulated a new interpretation of Polish and world history drawing on the tradition of Slavic thought. At the same time, their conceptions can be placed in the wider context of classical and modern philosophy, which makes them stand out among other political-philosophical groups of the time. When analyzing the literary output of the demiurgists, we should take into consideration two sources: the journal "The Demiurge" and the manuscript of an unpublished book by the leader of the group Włodzimierz Rostowit titled Demiurgism. The Elements of the Philosophy of Creation and Creativity.