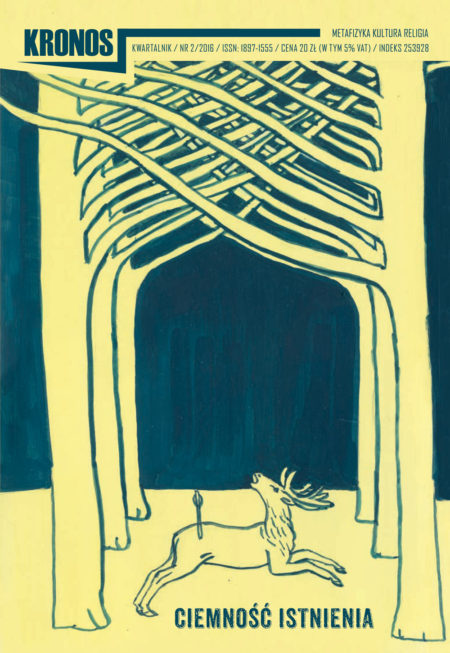 In his early plays – Henry IV, Antony and Cleopatra, A Midsummer Night’s Dream – Shakespeare advocates the moral ideal of natural transgression. To be a man is to enter the realm of infinity (desire, nothingness) and to side oneself with the shadow or the invisible story that supplements our being. However, infinity can be contained – in fact, it is the only form of fragile and creative balance that human beings can hope to achieve – only by respecting natural, social and corporeal, limits. Bad characters in Shakespeare are the hubristic villains who give priority to their ambition over natural restrictions. The tacit erosion of those traditional bounds becomes a recurrent theme in Shakespeare’s later plays. Capitalist modernity, by multiplying human powers, makes uninhibited hubris – the madness of infinity – a default human condition. In effect, we are moving ever closer to a tragic choice between being a man and reaching for more (and thus tearing apart the corporeal substance of our species-being) or keeping the substance (and thus forgoing part of the creative opportunities provided by material progress).

Jan Tokarski
FURY AND COLDNESS
In his essay Jan Tokarski examines Macbeth as a treatise on two forms of evil. The figure of Macbeth embodies, according to Tokarski, “hot” evil: uncontrollable outbursts of fury, the blindness of passion, a savage craving for power. Lady Macbeth, on the other hand, represents “cold” evil – one that carefully selects means for its aims and uses violence in a calculating way. In the second part of his essay, Tokarski uses Macbeth to interpret one of the most celebrated novels of recent years, Jonathan Littell’s The Kindly Ones. The novel’s main protagonist, SS officer Maximilien Aue, is presented by Tokarski as a monstrous combination of Macbeth and Lady Macbeth. Finally, Tokarski attempts to answer the question which form evil, irrational fury or rational coldness, is more destructive.

Piotr Nowak
DANTEAN AND SHAKESPEAREAN SCENES. THE DEVIL IN OTHELLO
The self-assuredness which we achieve in our lives is worked out in cooperation with others. This is not a paradox; this is reality. It is the purpose of the Devil to undermine this truth. He begins by isolating his victim from other people, setting him or her apart, whether by outright violence or manipulation. The Devil then persuades the victim that freedom consists in pure, unmediated autonomy. In Shakespeare’s plays many characters, the murderous ones in particular, understand freedom in just such a way: as full autonomy, as a state of separateness. The evil of their actions is literally sticky; it draws others within its orbit and is more like an infectious vapor than a definitive being. When it engulfs a person, it takes the form of personal evil. This is the case of Iago – the central character of Shakespeare’s Othello.

Irena Księżpolska
THE TURN OF THE SCREW AND JANE EYRE: GHOSTS AND GOVERNESSES
Henry James’s elaborately constructed novella has been fascinating the readers and literary scholars since the day of its publication in 1898, becoming the subject of numerous, often conflicting, interpretations. Some critics have noted intriguing connections between The Turn of the Screw and Jane Eyre, even going so far as to suggest that the heroine’s over-imaginative reading of Charlotte Brontë’s novel constitutes at least one of the turns of the screw in the complex machinery of the plot. Namely, when James’s heroine finds herself in a situation in many ways similar to Jane’s, she begins to act according to the rules of Brontë’s romance and gets caught in the web of imaginative misreadings of reality. Irena Księżopolska’s essay analyzes the connections between these texts once more, going a step further to suggest that while the Governess of James’s novella could not have read Brontë herself, her author deliberately readjusts the screws and bolts of a love story with a happy ending, turning it into a Gothic horror story. Moreover, the theme of the narrator’s madness that seems central to James’s novella (at least according to some interpretations) is already a vital part of Brontë’s narrative scheme.